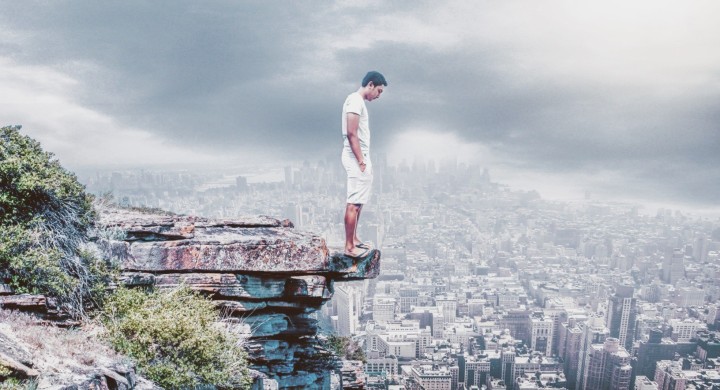 How pride pushes us to elevate ourselves

Song for the post: High Enough by The Gray Havens

All my life, I have loved superheroes. While I have watched all of the Marvel films, and continue to enjoy the magic they bring to movie theaters everywhere, I have always been a DC girl. I’d take Clark Kent over Steve Rodgers any day of the week. In fact, I would go as far as saying that Superman is my all-time favorite superhero. One of my favorite shows—Smallville—surrounds this particular superhero and his superhero journey.

For many reasons, I set out to re-watch Smallville back in December. Through January and into the beginning of February, I was working to watch all ten seasons. It has always been a story that brings me joy, I think in part because I relate to Clark Kent’s character in a lot of ways (but that’s a blog for another day). For those who haven’t seen the show, it operated on a rule called No Flights, No Tights. For the duration of the show, Clark Kent couldn’t wear the Superman ‘tights’ and he couldn’t do the trademark Superman ‘flights.’ In the final episode (spoiler alert), we know that Clark has finally embraced his destiny as Superman because he flies. It’s a moment in which we can reflect back on ten seasons and see how he grew into the superhero he was meant to be.

As we dive into Genesis today, talking about the tower of Babel, I want you to think about what I just told you.

Then they said, “Come, let us build ourselves a city and a tower with its top in the heavens, and let us make a name for ourselves, lest we be dispersed over the face of the whole earth.” And the LORD came down to see the city and the tower, which the children of man had built. And the LORD said, “Behold, they are one people, and they have one language, and this is only the beginning of what they will do. And nothing that they propose to do will now be impossible for them.”

In these verses, we see where the people of Babel have assembled together to build a tower. The goal in mind is to climb to the Heavens and to make a name for themselves in case they should be dispersed. Can I make a quick point of saying that no one says, “In case [insert consequence] happens,” unless they know they’re doing something wrong. We don’t anticipate consequences unless we are guilty. They know what they’re doing is wrong, and God notices this. He sees that they are a united people, with one language, who have everything they could possibly want in their grasp. He isn’t fooled; He knows that they recognize what they’re doing wrong. If we read further, it says,

So, not only did they know that what they were doing was wrong, but they knew how God would react. And yet, they did it anyway! If there is a better representation of human nature, I’d like to see it.

Now, I think that this is sometimes a neglected passage in scripture because we don’t know what to do with it. I mean, just at a first glance, it seems like maybe God isn’t the best guy. Let’s recap Genesis thus far:

I’m going to play devil’s advocate for a minute here. Why didn’t God want humanity to experience knowledge; wouldn’t mankind need knowledge of good and evil to choose goodness? The tree was called the tree of knowledge of good and evil, after all; that seems selfish. Why did God feel the need to flood; just because mankind wasn’t living the way He was? That seems self-righteous. Why didn’t God want a tower built to the heavens; was he holding out on humanity? Sounds a bit selfish.

At this point, God really doesn’t seem that great, does He? But, let me reverse it. Why did mankind want knowledge? God said don’t eat it, for they would surely die if they did. Yet, they ate it. Knowledge is power, and they thirsted for that power. That is pride. Why did God flood the earth? Mankind was evil. More than that, Genesis says,

The LORD saw that the wickedness of man was great in the earth, and that every intention of the thoughts of his heart was only evil continually.

Mankind was only wicked; being given access to the knowledge of good and evil had cost humanity its innocence. Why? Because they lived in a world that was built on pride. There was no good in the world because the people in the world lived to please themselves.

And then, we are tasked with our final question: why didn’t God want humanity to build a tower to the heavens? Modern theology tells us that heaven is the presence of God. It’s not a place in the sky. He wasn’t worried about them climbing up mount Olympus and knocking on his front door. No, it was because their goal was to make a name for themselves. It was pride.

From the very beginning, we have tried to gain power and adoration. First, it was the fruit, believing that knowledge would fulfill us; then it was skyscrapers and tall buildings. Eventually, we rose to new heights with the invention of planes, hoping that we could conquer the skies; we built spaceships to conquer the moon and stars. We have satellites in the sky so that can track our locations: for navigation purposes, monitor weather patterns, and communication. All of this to have a sense of control with our world. That’s pride—we seek power.

And when NASA was shut down, when we could no longer find a way to Mars or Neptune ourselves, what did we do? We turned to cell phones, Hollywood, and Celebrities. We all post photos and track the number of likes. We all gather around the TV in February to watch men with $20 million contracts throw a ball in the middle of a field and hope that our team will get the most points. We aspire to be the GOAT. Whether it’s our team, or ourselves, we want to win because we believe that it gives us power. The only sport that doesn’t count up is golf. Do you know that every other sports winner is determined by whoever has the highest amount of points? The head of a business works on the top floor of their building. The richest people live in penthouses. Why? Because the highest is the most powerful.

We search for power in wealth. If I had x amount of money, I could control y. The wealthy are called the upper class. Why is that? Why is height associated with power? Have you ever noticed that height and power, seem to go hand-in-hand?

The lower class is impoverished. When we go through life, ‘hills’ are our highest moments, and ‘valleys’ are our lowest moments. A lower score on a test is bad. Have you ever noticed that one of the biggest writing tropes is having the villain be an oil tycoon? The business that has to do with uncovering oil deep in the earth’s surface below us has been marked as the most evil profession in Hallmark movies. We’re taught that heaven is above us and that hell is below us. Why is that? Height is associated with power.

So, of course, I find it so interesting that one of the most common fears amongst people is the fear of heights. We yearn to be high in status, position, power, and wealth, yet we are absolutely terrified of it. Do you see the irony?

Throughout human history, we have worked to elevate ourselves to the highest possible position. Yet, if we turn to scripture, we hear a very different message.

So to keep me from becoming conceited because of the surpassing greatness of revelations, a thorn was given me in the flesh, a messenger of Satan to harass me, to keep me from becoming conceited. Three times I pleaded with the Lord about this, that it should leave me. But he said to me, “My grace is sufficient for you, for my power is made perfect in weakness.” Therefore I will boast more gladly of my weaknesses, so that the power of Christ may rest upon me.

Conceit. Vainglory. The root of that is pride. In this verse, Paul explains to the Church of Corinth that this thorn in his flesh, his weakness, is what allows God’s power to flow through him without Him losing his humility. There is a lot of raw vulnerability right there. First, Paul admits that he knows pride is a constant battle for him. Then he addresses why he doesn’t give into pride, which is a bit messy. A thorn in his side. Some scholars speculate that it was, perhaps, malaria. It could even be epilepsy, or simply the persecution of non-Christians. Whatever it is, it’s a struggle for him so much so that he considers it a weakness.

Then he goes even further into saying that God’s power is made perfect in weakness. This is a Bible verse that so many people quote, and a lot of times without realizing the gravity of the statement Paul is making here. This is humility at its finest. God is the one with power; Paul is nothing without God. Not only that, but it is Paul’s weakness that perfects God’s power. Paul is giving up the high status he could have to raise God higher. Because, the truth is, God is higher. He is powerful.

But He is also humble. We have a humble God, who was willing to come down, eat with the lowest of the low while the highest in society persecuted Him, and die the brutal death of a sinner. Why? To save us from our pride. I mean, scholars would argue that pride is the root of all sins (and, in my opinion, rightfully so). He died in humility to free us from our pride. How ironic, right?

It’s funny to me because we spend our entire lives trying to reach our highest peak. We believe that our fulfillment will come at our highest points. But, God didn’t come down to dwell with the high priests, or the high council, or the kings of the earth. He didn’t reside in the highest towers. He spent His time with the lowly, the outcasts, the lowest of the low. He met them in their valleys, not on their mountains. I mean, he preached in a desert valley. He could have been anywhere, and done anything, but instead, He devoted his life to helping the meek, the weak.

Our superheroes may fly through the skies to save people, but the truth is that behind those capes are cords and special effects. Outside of the movie theaters, behind the screens, we’re just watching earthbound humans. The One True, Most High Savior didn’t spend his life flying through the clouds to find trouble. He sat down at a table with lowly, desert-dwelling people and offered salvation.

We can’t get high enough to ever be satisfied. There is a saying, “It’s better to reign in hell than serve in heaven.” But, is it really worth it to spend eternity bitter and empty, ruling a kingdom of criminals who won’t listen to your decrees, if you will never receive fulfillment through Christ?