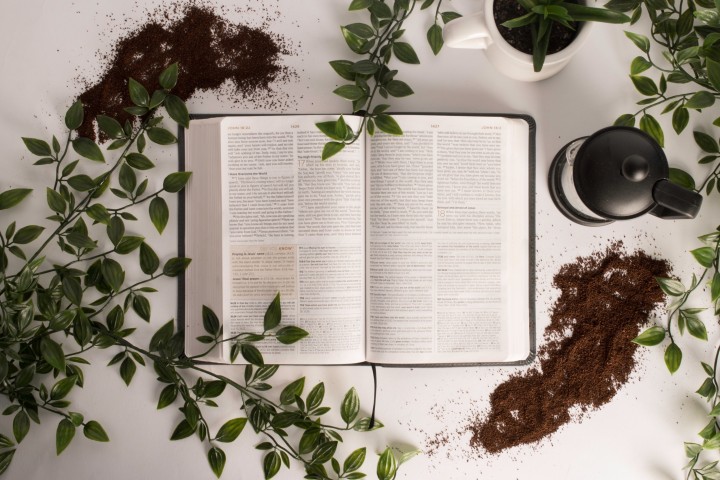 I have seen more stories about Christians in secular news these past few weeks than I’ve ever seen. From Beth Moore to TobyMac, the message of the gospel has been on display in a big way. There are two news stories, however, that stick out to me more than any other: Kanye West’s conversion and John Crist’s sexual misconduct.

For those who don’t know, Kanye West is a rapper who has been known to proclaim himself as god. Married to Kim Kardashian, he has been an icon in Hollywood for many years. His conversion, and release of a gospel album titled, Jesus is King, was shocking to both Christians and non-Christians alike. (I would also like to add that as I type this, I am currently listening to Closed on Sunday, which is, quite possibly, my favorite song on the record).

John Crist, on the other hand, is a Christian comedian well known for his skits, Instagram stories, and his slogan, “Check your heart.” His most popular comedy video was Millennial International: Sponsor a Millennial Today. An article was released earlier this week by Charisma News, prompting him to cancel the rest of his comedy to seek help for a hidden sex addiction. His Netflix special, which was set to air in November, was postponed following the news.

I think these two pieces of news are such a strange contrast, and yet they both so accurately depict the gospel.

If you’ve followed me for any period of time, you probably know I am a lover of the Old Testament. I cannot deny that when I read these two headlines, both of West’s conversion and Crist’s fall, one of my first thoughts was that these headlines seemed to come straight from the OT. Today, I wanted to go through 1 and 2 Samuel, specifically talking through Saul versus David.

Most likely, if you grew up in Sunday school, the names Saul and David are common knowledge. Good king David, bad king Saul, right?

Not exactly. Yes, it’s true, Saul died a horrible man and the Spirit of God left him. Yes, it’s true that David was considered a man after God’s own heart. But if you look at the gospels, it isn’t as black and white as you may think.

Saul was appointed by God to be king. This is such an easy thing to forget, but Saul didn’t just conquer Israel and begin his reign. Samuel anointed him at the instruction of the Lord to be their leader. The Spirit of God came upon him and led him to defeat Israel’s enemies. Saul was actually a fantastic military leader.

When Saul had taken the kingship over Israel, he fought against all his enemies on every side, against Moab, against the Ammonites, against Edom, against the kings of Zobah, and against the Philistines. Wherever he turned, he routed them. And he did valiantly and struck the Amalekites and delivered Israel out of the hands of those who plundered them.

Saul didn’t start out as a bad king; in fact, he was a valiant king. He was a leader and protector of God’s people. It was only a chapter later in the Bible that Saul fell from God’s grace. If we keep reading…

“Thus says the lord of hosts, ‘I have noted what Amalek did to Israel in opposing them on the way when they came out of Egypt. Now go and strike Amalek and devote to destruction all that they have. Do not spare them, but kill both man and woman, child and infant, ox and sheep, camel and donkey.”

So, Saul summoned the people and numbered them in Telaim, two hundred thousand men on foot, and ten thousand men of Judah. And Saul came to the city of Amalek and lay in wait in the valley. Then Saul said to the Kenites, “Go, depart; go down from among the Amalekites, lest I destroy you with them. For you showed kindness to all the people of Israel when they came out of Egypt.” So the Kenites departed from among the Amalekites from Havilah as far as Shur, which is east of Egypt. And he took Agag the king of the Amalekites alive and devoted to destruction all the people with the edge of a sword. But Saul and the people spared Agag and the best of the sheep and of the oxen and of the fattened calves and the lambs, and all that was good, and would not utterly destroy them. All that as despised and worthless they devoted to destruction.

“Has the LORD as great delight in burnt offerings and sacrifices, as in obeying the voice of the LORD? Behold, to obey is better than to sacrifice, and to listen than the fat of rams. For rebellion is as the sin of divination, and presumption is as iniquity and idolatry. Because you have rejected the word of the LORD, he has also rejected you from being his king.”

Saul said to Samuel, “I have sinned, for I have transgressed the commandment of the LORD and your words because I feared the people and obeyed their voice. Now therefore, please pardon my sin and return with me that I may bow before the LORD.

More than that, I want to point out, he confessed his sins and told Samuel to pardon his sins. I don’t want you to miss this; I think there’s something to be said about his apology. He just… expects to be forgiven. He brushes past the sin and skips straight to the forgiveness portion of it all.

Samuel is appalled by this, and rightly so. He rebukes Saul and the Lord sends him out to go and anoint David as the next king of Israel. David then served in Saul’s army for a time. He went into hiding until Saul’s death, and became king.

There’s a story in 2 Samuel that I’ve always enjoyed; David and Bathsheba (2 Samuel 11). David sees a woman, Bathsheba, bathing, he invites her to the palace, they sleep together, she gets pregnant, and he discovers she’s the wife of his best friend, Uriah. David invites Uriah home from battle to cover up his sin, but Uriah refuses to go to his wife. So, David sends Uriah to the front lines. Uriah dies, David marries Bathsheba, and their son is born.

And the LORD sent Nathan to David. He came to him and said to him, “There were two men in a certain city, the one rich and the other poor. The rich man had very many flocks and herds, but the poor man had nothing but one little ewe lamb, which he had brought. And he brought it up, and it grew up with him and with his children. It used to eat of his morsel and drink from his cup and lie in his arms, and it was like a daughter to him. Now there came a traveler to the rich man, and he was unwilling to take one of his own flock or herd to prepare for the guest who had come to him, but he took the poor man’s lamb and prepared it for the man who had come to him.”

Whenever I hear this analogy, I think of the poor man treating his lamb the way Americans treat their pets. I always picture this cute little ewe in a knitted sweater of some kind, with a rhinestone leash. Do you know what I mean? The poor man loved his lamb the way we love our dogs. It was probably a bit spoiled, and they knew its favorite treat.

I don’t know about you, but if someone touched my dog, I would be livid. I would also be devastated. And I think this is how the poor man would have felt.

Then David’s anger was greatly kindled against the man, and he said to Nathan, “As the LORD lives, the man who has done this deserves to die, and he shall restore the lamb fourfold, because he did this thing, and because he had no pity.”

Okay, this is, quite possibly, my favorite part of the story:

Nathan said to David, “You are the man! Thus says the LORD, the God of Israel, ‘I anointed you king over Israel, and I delivered you out of the hand of Saul. And I gave you your master’s house and your master’s wives into your arms and gave you the house of Israel and of Judah. And if this were too little, I would add to you as much more. Why have you despised the word of the LORD, to do what is evil in his sight? You have struck down Uriah the Hittite with the sword and have taken his wife to be your wife and have killed him with the sword of the Ammonites.”

My favorite thing about this is how revealing it is of God’s character. He’s asking, have I not given you enough, David? If what I gave you was not enough, I would gladly give you more. I think it’s interesting that God internalizes David’s sin first. He wants the reason behind David’s sin. He doesn’t just look at the problem, the sin, he looks at the person and searches for understanding.

God goes on to rebuke David through Nathan, and explains his punishment. When it’s all over and done with, David only says one thing.

David said to Nathan, “I have sinned against the LORD.”

I don’t picture him apathetic when he says this. He doesn’t even beg for redemption, or expect forgiveness. He’s just blatantly honest; I have sinned against the LORD. I wonder if there was internal panic from hearing Nathan’s analogy. If he was going over the story again and again in his mind, realizing what he’d done wrong. If his thoughts were spiraling and he realized he deserved everything coming to him.

And Nathan’s response is,

And Nathan said to David, “The LORD also has put away your sin; you shall not die.”

Both Saul and David disobeyed God. Both admitted to their sin.

But I don’t think their hearts were in the same place.

I’m not comparing Crist to Saul and West to David, nor am I comparing West to Saul and Crist to David. But I think that, if Christians can take anything away from the headlines this week, it’s that we never know where someone’s heart is. Saul was supposed to be a great king. There were people who supported him, people who didn’t like David. And vice versa. But his heart wasn’t in it. David’s was.

And I cannot say whether or not John Crist and Kanye West have their hearts in their faith. But it’s not for me to judge. Not with them, not with a stranger I pass on the street, and not with the people sitting in the pews of my church. God is the judge. We’re called to fix our own hearts on him, and point others to him. That’s it.

God has a habit of appointing publically flawed people to do his work.

I want to make one last point, though. Kanye West’s flaws are out in the open for anyone to see. John Crist’s were in the dark until last week.

David’s flaws are in the Bible for anyone to see, and he’s still considered a man after God’s own heart. God has a habit of appointing publically flawed people to do his work. I wouldn’t count either one of them out to do God’s work in the future, regardless of their sins and shortcomings.