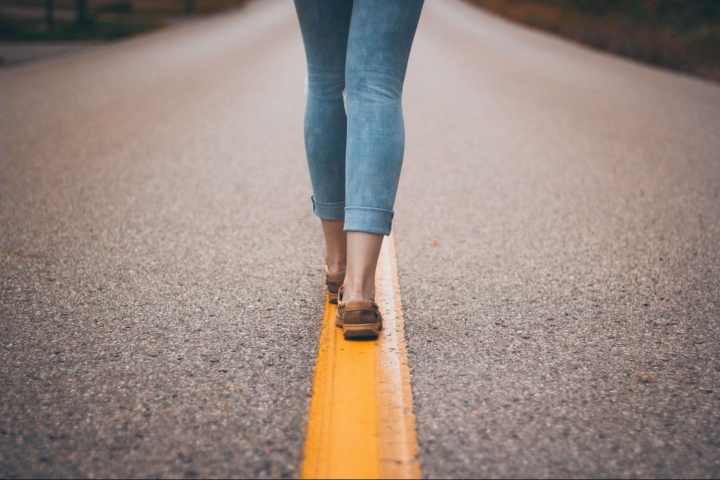 Once upon a time is rarely cutting it as a good first line these days (and yes, I am well aware I just used it as my first line for this blog post 😉 ). There’s a science to writing now, and the tried and true formulas can only get us writers so far. In querying my YA science fantasy novel, I have learned the importance of good first lines. Because of this, I wanted to write a blog post on some good first lines of fantasy/science-fiction novels that I’ve enjoyed, and dissect why I enjoy them so very much.

Before I dive in, I wanted to address what a good first line should (and should not) contain.

Your first line should have voice. Voice is difficult to describe, but, in a sense, everyone has a different writing voice. Your writing voice should be akin to the way you talk in conversation. It’s about the words, phrases, and idioms you use, the way you structure your sentences, everything that flows from you. Essentially, voice is anything that makes the writing sound unique to you. If your first line isn’t your voice, odds are, it isn’t the best first line you can write for the story.

Your first line should show the tense the story is written in. Is it past tense or present? If the first line doesn’t give away tense, I have a feeling it isn’t giving away much at all.

It should establish something about the world or the characters or both. Now, a good first line doesn’t necessarily have to share Point of View (POV). If it does establish POV, that’s fantastic, but not a requirement. I should go into a story and know from the first line what type of book I’m reading or what type of character I’m reading about. Imagine opening a book where the first line tells you absolutely nothing about the story whatsoever. Horrible opening, am I right?

Now, not all good first lines have all of these (and I’ll show you a few that don’t include these), but I think if you can cover these in your first line, you’ll find you have a compelling first line.

There’s something haunting about a body touched by magic.

This is the most recent book I’ve read, and I have to say, I was drawn in from the first line. I gushed to my parents and my siblings and anyone who would listen about how amazing this first line is, and I think there are a few reasons why I love it so much.

“Something haunting… a body touched by…”

I know how this author talks and will talk for the remainder of the story (and it holds, I’ve read the novel and this sentence flows with her voice quite well).

Two, it asks questions. A body? As in a dead body? Who died? Why is it important? And a body touched by magic? A dead body already seems plenty haunting to me, so why on earth does magic add to this? How can you tell the body has been touched by magic? I need to keep reading!

Three, it does establish the world. It’s a world where magic is used to kill people. I know absolutely nothing else, but this little bit is enough. The first line doesn’t address POV or characters or setting, but I’m already drawn in. I’m going to keep reading because I want to know more.

It took seven years to get the letter right.

I only recently discovered Caraval, and I love the series. This first line was incredibly interesting to me, because I hated that I loved it.

There’s a sense of desperation and hope in the voice. It took seven years to get it right.

Now, this is where the first line actually tricked me a bit (hence why I found it a smigde annoying to love). I read the first chapter of Caraval, and when I got to chapter 2, I was shocked to discover the story was not first-person, but third-person, because of this line and the letters that followed. I actually had to go back and reread the first line, because I was sure it read, “It took me seven years to get the letter right.” But it did not.

There is blood under my fingernail.

Brigid Kemmerer, A Curse So Dark and Lonely

This first line sets the tone for the entire novel, and it immediately pulls the reader in.

Starting with the voice, the words are pretty standard. It’s a very straight-forward sentence. It’s also not… very urgent. Which you’d expect for a character with blood under their nails. (But I’m getting ahead of myself.)

Okay, now I can ask questions. It’s a very calm first sentence for the statement. Too calm. There is blood under the main character’s fingernails. WHY ARE THEY NOT ALARMED? Also, why is there blood? Why is this something they’re noticing? Why are they so calm (I keep coming back to this because, honestly, it’s a real question when reading A Curse)?

It establishes POV/the main character. Whoever the main character is, they’re the one telling the story. The blood doesn’t have a funky color, which tells me it’s probably a human or a species we have here, on earth. He has fingernails, so most definitely human. I know the character. I’m intrigued.

I watched my diaries burn.

This is such a quality book, and I recommend reading it again and again and again because the characters are wonderful and the plot is fast-paced. It’s a relatively short and easy read, too. But this first line is perfect.

Once again, this is very straight-forward. I would say it’s a little bit more urgent, though.

I have questions. Why is she burning her diaries? Did she burn them herself, or is someone else burning them? Is she being forced to watch her diaries burn or is it a choice? Why did she write these diaries? Are they important? What is written in the diaries that makes it necessary to burn them? Is she getting burned next?

In a hole in the ground there lived a hobbit.

Arguably one of the most well-known first lines of all time, and for very good reason.

This has a unique voice. It’s a very particular way of stating that a hobbit lived in a hole in the ground, and I love it.

I want to know what a hobbit is. Why do they live in the ground? In a hole? How big is the hole?

It establishes a third-person omniscient POV. It establishes world, which I assume probably isn’t earth because I have not heard of hobbits before. It establishes character—a hobbit—and it tells me that the character is either very short because they can fit in a hole, or they’re living in an awfully big hole. It’s brilliant!

The screw through Cinder’s ankle had rusted, the engraved cross marks worn to a mangled circle.

If you haven’t read the Lunar Chronicles, I highly recommend these books because it’s the fairytale sci-fi retelling we all need in our lives. Here are some reasons I love it:

VOICE! So much about this offers me the chance to feel like I’m having a conversation with the narrator. It draws me in right away.

It begs one question, far above anything else, and that is: why is there a screw in Cinder’s ankle?

This establishes third-person POV. It establishes the character, Cinder, in some major ways, too. One, she isn’t human. Or, at least, not fully human. There’s a screw in her ankle. It’s rusted, which tells me she’s probably an older robot/android/human hybrid of some sort. But I don’t know much and I need to know more.

Look, I didn’t ask to be a half-blood.

My favorite series, and my favorite first line to date, hands down. This will always be the series that started my love of reading and writing, and I honestly wouldn’t have it any other way.

I should start by saying I adore Rick Riordan’s voice tremendously. There’s so much attitude in this one first line that draws you in and makes you need to read more. I just don’t think I’ve ever related to a main character more from the first line than I do right now.

I don’t even know where to begin with the questions. First, why the attitude? The main character seems SO FED UP. 100% done with this from the get-go and I love it. What is a half-blood? Why is that a bad thing?

It establishes the main character and POV in a big way. He did not ask to be a half-blood, but he is. Now, a half of what, I don’t know. But I’m going to keep reading to find out. I’ve said it before, and I’ll say it again, this main character is sassy and done with this story before it ever begins. So much exasperation. I want to get to know this main character. I aspire to Percy Jackson’s sass levels, honestly.

Mr. and Mrs. Dursley of number 4, Privet Drive, were proud to say that they were perfectly normal, thank you very much.

I loved the Harry Potter series, but I’m going to be honest, I almost put the book down after this first line. As a kid, I just didn’t get it. As an adult, I appreciate this on a real spiritual level and that’s why I’ve chosen to end this blog post with it.

One, J.K. Rowling just has a unique voice like no other. It’s the ‘thank you very much’ that seals this first line, because she a) breaks the fourth wall (sort of) and b) has a little bit of a polite attitude.

Four, it establishes the POV as third-person omniscient. It establishes the world in a subtle way, too. Mr. and Mrs. Dursley, ironically, is how a letter in the post would have been addressed. Next, it gives the address, at number 4, Privet Drive. I love that it almost starts off as a letter—similar to the letter, mind you, that Harry receives from Hogwarts. Foreshadowing from line 1. It doesn’t tell me a thing about Harry, but it tells me enough about the people he’s staying with to know they’re annoying and uppity.

Ultimately, good first lines draw readers in, ask questions, and establish key factors in the story without giving away too much. What are some of your favorite first lines? Feel free to put them in the comments!