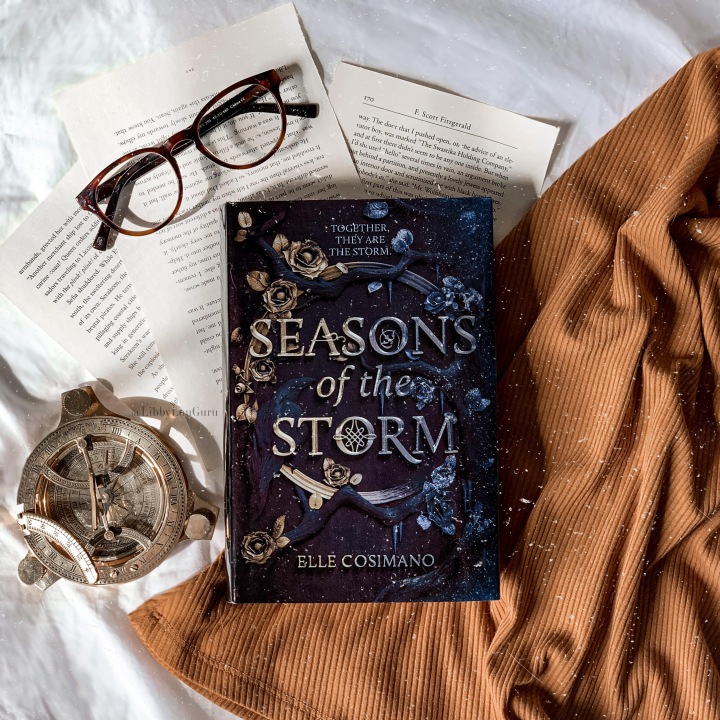 Wow, this book. I started this back in July as a buddy read and I finished it today. I have so so so many thoughts on it, and I’ll try to make sure they’re all cohesive because I have so much to say about how I loved this. Please note: this is not a spoiler-free review.

Were it not for the ending (and really all of Part 3) this book would have gotten 3-4 stars (probably 3.5). The beginning was difficult to get into, the time jumps made it hard to follow, the characters seemed overdramatic and unlikeable, and I couldn’t tell where the plot was going. The whole first part of this sort of felt like a bad dream. In all honesty, if I wasn’t buddy reading this, I wouldn’t have continued past chapter 4.

But, let me say, I am so very glad I did. Because HOLY CRAP the character development was top notch. Let me tell you, I hated Jack Sommers initially and boy did I sob when he was dying. Seriously. I loathed that boy for all of part 1. When did I fall in love with him? I don’t even know but it happened. He grew from the lonely boy so terrified of death to the leader of a rebellion who was willing to die for the people he loved. I just… I don’t have words to express how stellar his development was.

I can honestly say I wasn’t expecting this book to have so much girl power either. I stan Poppy and Fleur and Amber and Marie and Noelle. And maybe Gaia???? From the start, I preferred Fleur to Jack (but by the end I adored them both equally), but I feared this was one of those boy’s books. You know the ones–where the main character is a boy. Maybe it’s split POV with a girl, but in the end, the guy is the hero and the female character is the love interest. Elle Cosimano totally flipped this trope on its head and she deserves all the props in the world FOR THAT ENDING. Just, wow.

AND THE FEMALE FRIENDSHIPS? I initially thought, oh, Fleur’s the kind of girl who’s not like other girls. You know, the ones authors write to try to make them more likable, but in the end, the girl is unlikable because she literally hates every other girl for being different from her. I thought this mostly because she seemed like she could hardly stand Poppy in the beginning. BUT MY FRIENDS, I ADORE A GOOD ENEMIES TO BEST-FRIENDS TROPE AND THAT IS EXACTLY WHAT I GOT. Not for Poppy and Fleur–it turns out they actually do care about each other–but for Fleur and Amber??? I ship the bromance.

Oh, and the male friendships? This is something that is so neglected in literature, and while I wish by the end I would have felt like Jack and Julio made peace (I just felt like after their fight, they could have had a moment together where they became bros), Jack and Chill’s friendship was literally amazing.

The romance was amazing too. Not much steam, and in the beginning, I definitely felt like Amber and Jack would have made a better couple, along with Julio and Fleur being together. It made more sense to me. By the end I totally shipped Amber/Julio and Fleur/Jack, though.

I think that’s it for characters. Onto the plot. This is something that just really frustrates me because until I’d finished, I really felt like all of part 1 was unnecessary. EXCEPT IT WASN’T? AND IT MADE SENSE? AND THE AUTHOR BROUGHT IT FULL CIRCLE? AND NOW I KIND OF WANT TO READ THIS BOOK AGAIN? WHAT?

I dragged my feet for a whole month through part 1, thinking this book was going to get two stars. Then I get through part 2 and think, okay, it’s going to get four stars. But then part 3 happens and I realize everything I thought wasn’t important was?! This book deserves a five-star rating, even if it did begin slow and even if there were times I felt the pacing was off, just because Cosimano’s use of Chekhov’s gun was incredible (like J.K. Rowling incredible). I can’t fault this book for anything when every single line, every single scene, every single beautiful word meant so much by the end.

Know that when you read this book, you aren’t going to like it in the beginning. It’s going to be difficult to read. But I think it’s so important that the beginning was difficult because the end is so well-deserved. It’s not your typical happily ever after (and there were scenes that had me texting my buddy read friend things like, “No more crying. It needs to be all sunshine and rainbows from here,” only to end up crying like 5 pages later). But the plot is phenomenal, and the character arcs are unequivocally some of the best I’ve ever read.

So this book, despite the flaws I initially thought it had, gets five-stars because there wasn’t a single word on the pages that I regretted reading by the end. Also, my apologies, because I feel like almost every sentence in this review is uppercase, but it warranted an enthusiastic review.

2 thoughts on “Seasons of the Storm: An Honest Review”